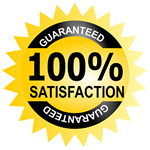 5" Children's Fontanini Camel 3.5"H 4.5"W 2.5"D.  The Children's Camel had been on the journey with mighty King Melchior since the beginning. At the palace in Melchior's homeland, this camel had been the cherished pet of the youngest of his descendents. A small camel from the day she was born, this special camel never did reach the size of a typical full-grown camel; but the children considered her the prefect size for them. She was not merely a beast of burden. She was a beloved part of the family. As Melchior was preparing for his epic journey, his loved ones had one request: to bring with him the little camel that had come to mean so much. Time and again when the caravan made camp near homes and villages, servants would report of little ones enchanted by the child-sized camel and eager to play with her. This animal seemed to call to them somehow. Melchior's servants shared stories with the children-stories of where they had come from and where they were going. The children were told that at the end of the journey King Melchior's caravan would find a Newborn King, the Savior of the world, foretold by the prophets. As time went, on the servants discovered that some of the children who visited the camel were tucking into the camel's pack treasured toys for the Baby at the center of the stories. Some seemed relatively new and others were well loved but it was obvious each was a gift straight from the heart of a child. Day after day, the children's gifts grew in number and eventually the only burdens that the special camel shouldered were gifts from the children. Melchior's heart was happy at having shared the hope of the Savior with the many people he had met on his journey. He knew that one day he would deliver his gift of gold and all the toys the children had sent to the newborn King.